MailOnline | Sharon Gaffka questions if she would ever be ‘deemed pretty’

Home   /   Press   /   MailOnline | Sharon Gaffka questions if she would ever be ‘deemed pretty’
Healthista | Looking for eyebrow tattoo removal? Here’s what you need to know » 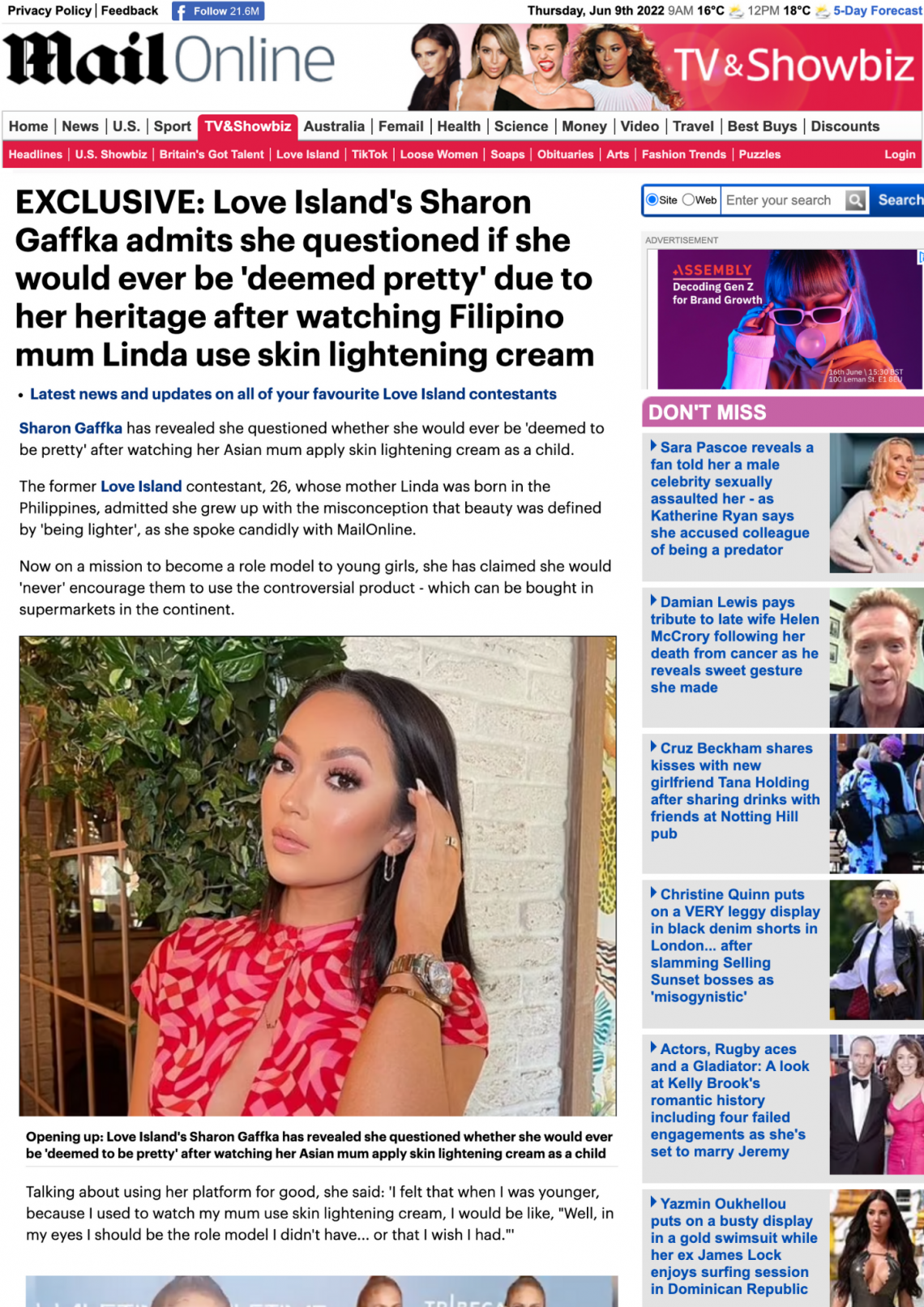 Sharon Gaffka has revealed she questioned whether she would ever be ‘deemed to be pretty’ after watching her Asian mum apply skin lightening cream as a child.

The former Love Island contestant, 26, whose mother Linda was born in the Philippines, admitted she grew up with the misconception that beauty was defined by ‘being lighter’, as she spoke candidly with MailOnline.

Now on a mission to become a role model to young girls, she has claimed she would ‘never’ encourage them to use the controversial product – which can be bought in supermarkets in the continent. 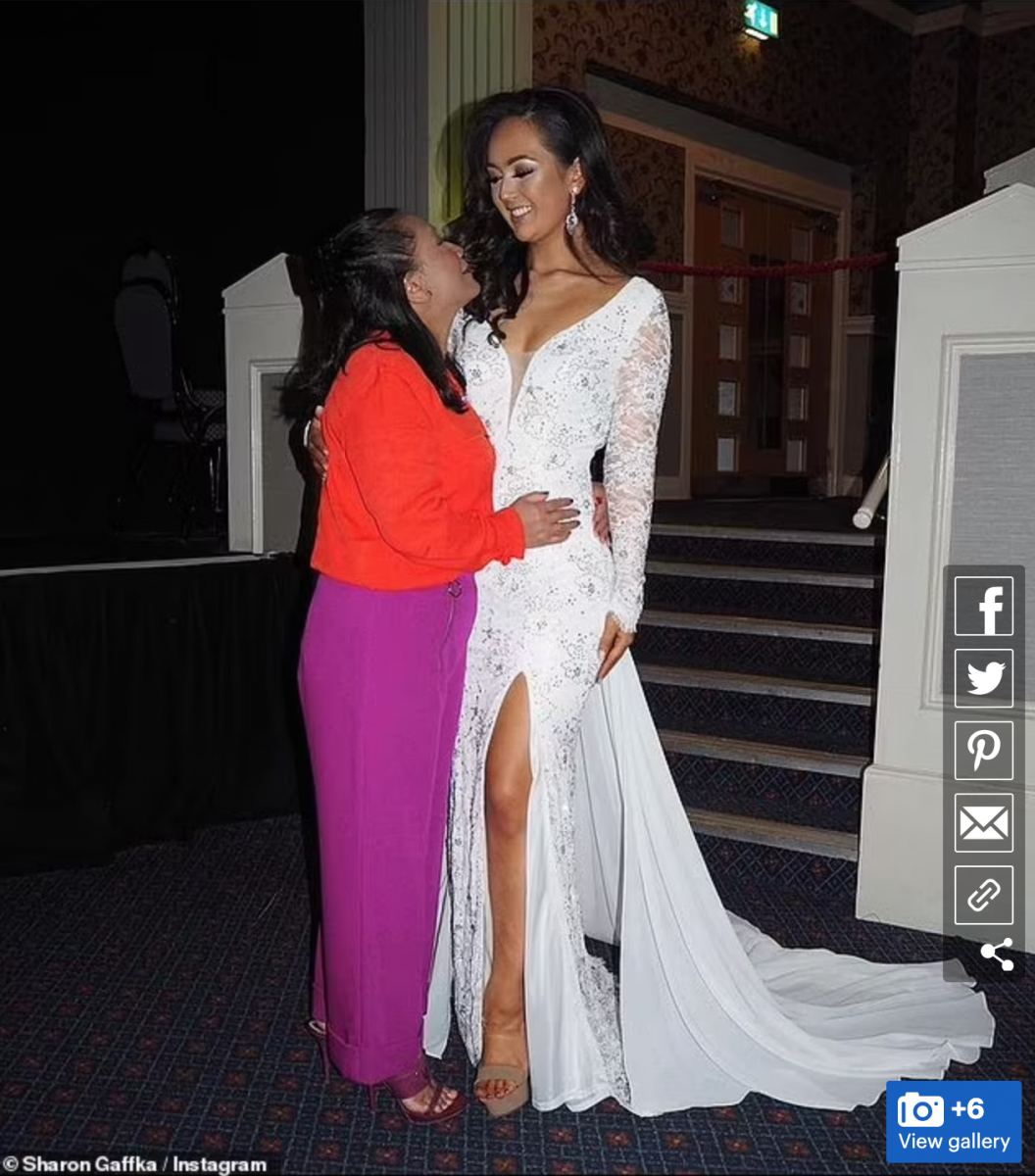 Talking about using her platform for good, she said: ‘I felt that when I was younger, because I used to watch my mum use skin lightening cream, I would be like, “Well, in my eyes I should be the role model I didn’t have… or that I wish I had.”

Claiming she has never administered the lotion herself, Sharon added: ‘I should be proud of my heritage and my culture and stuff like that but I just didn’t feel that I was.

‘When I was younger and watching my mum use that, it made me question whether to be lighter meant being more beautiful.

‘And then obviously when you see in the media there are only light-skinned blonde people, I was always questioning when I was younger whether I was ever gonna be deemed to be pretty.

‘I used to go to Indonesia every summer and Christmas and I would walk into a supermarket, I’d be buying fruit with my family and then in the next aisle there would be skin lightening cream. I would never encourage that to anyone.’

The influencer went on to reveal she’s received an influx on DMs from Asian mothers sharing their worries with her after their daughters expressed a desire to have cosmetic treatments due to their heritage.

She said: ‘For me, I know there’s been a lack of Asian representation in the media in general and a lot of Asian mothers message me.

‘They say, “I’m terrified my daughter wants to have X,Y and Z done as she doesn’t believe she’s beautiful because of her heritage.” That makes me really sad.’

Sharon is a patient of Tracie Giles London where she received a Permanent Makeup Laser Removal treatment and Eyebrow Tattooing treatment after chatting with MailOnline. 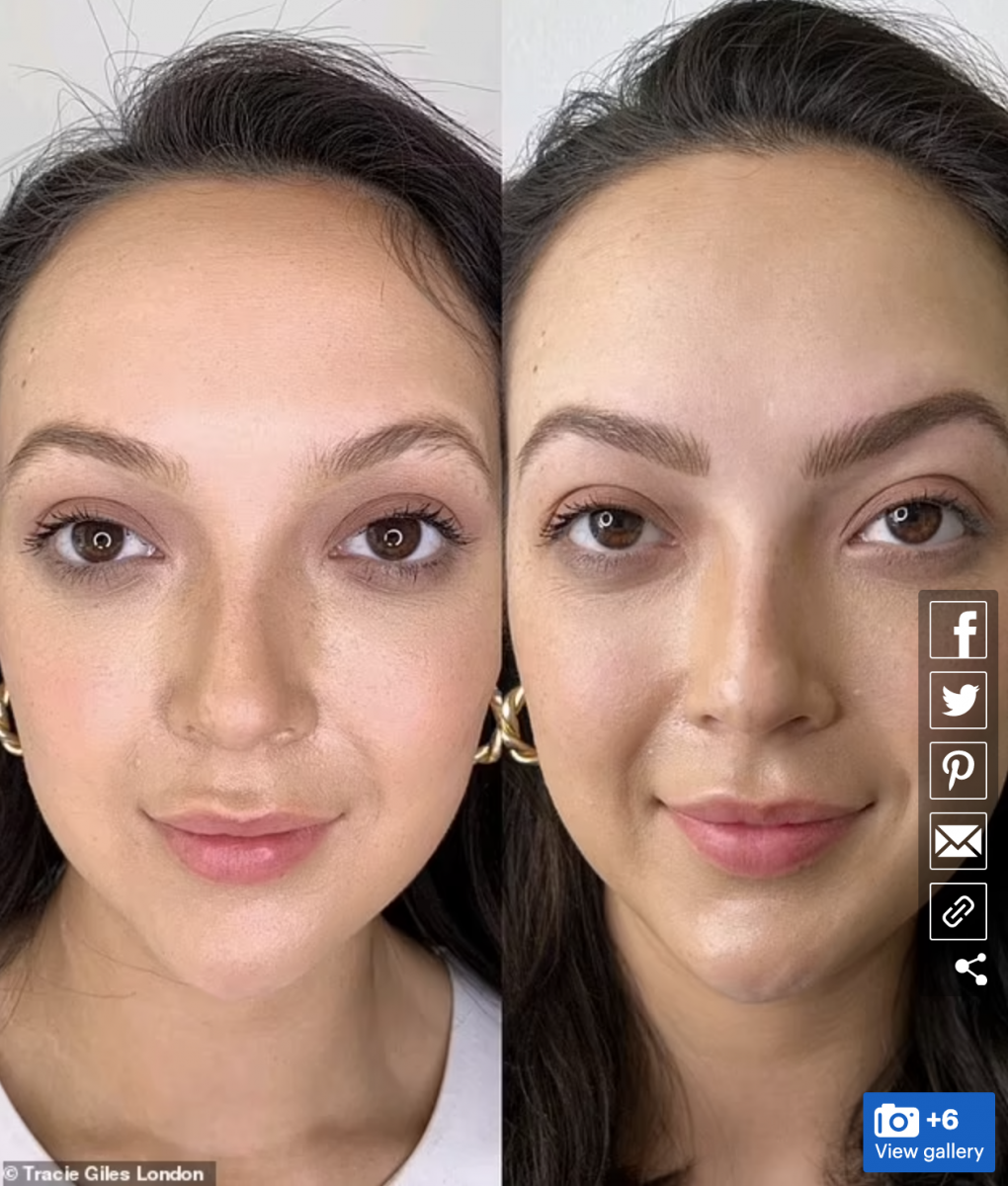 Having previously visited other artists for her eyebrows, she became conscious of the botched results which left her with heavy powder brows fading to a blue-ish grey.

Deciding it was finally time to fix them, she booked an appointment at Tracie’s award-winning Knightsbridge clinic and hasn’t looked back since.

The happy client gushed: ‘I’ve had comments about how different I’ve been looking recently so it goes to show how much of a difference your brows make to your face!

‘I’ve had three rounds of laser over the last three months and I can easily say that despite the short-term side effects like white hair in your brows, it’s been 100% worth it!’

Healthista | Looking for eyebrow tattoo removal? Here’s what you need to know »