With brains as well as beauty, Love Island’s Sharon Gaffka shot to fame as one of the OG’s of the 2021 series. Sharon was already conscious of her botched brows, but finding herself in the press and on camera more and more following her appearance on Love Island she decided it was finally time to do something to fix them!

Sharon had visited another Permanent Makeup Artist for Microblading originally, but rather than the wispy hairstrokes she had hoped for she ended up with a heavy Powder Brow that faded to a blue-ish grey and didn’t follow or enhance her natural brow shape.

I’ve had comments about how different I’ve been looking recently – so, goes to show how much of a difference your brows make to your face!

With Permanent Makeup becoming increasingly popular, unfortunately we are also seeing a rise in botched brows. Tracie Giles London are the UK’s only clinic to offer a multi-disciplinary Permanent Makeup lightening and removal service either by our specialist British-built laser or liquid ‘fade-up’ solution.

The technique used and the number of sessions required to remove your old Permanent Makeup depends on multiple factors including skin type, colour of pigment, depth of placement and the desired end result.

Sharon needed five Laser Removal sessions to remove her botched brows, and our expert team of Laser Removal Specialists were able to almost completely remove the old Permanent Makeup, with any remaining pigment left in the skin able to be disguised by our Permanent Makeup Artists when we created her new brows! 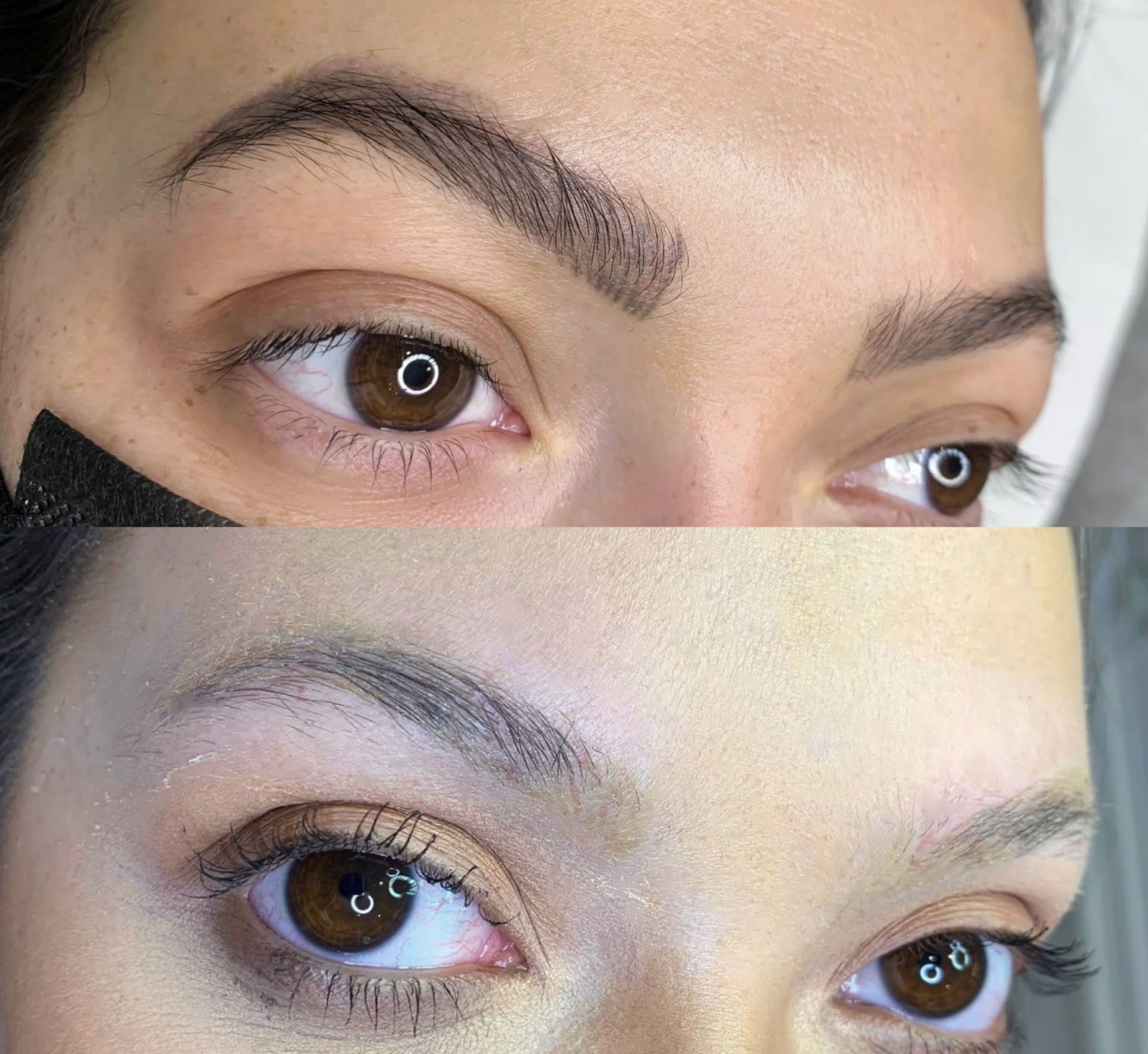 Once Sharon completed her Permanent Makeup Laser Removal journey, our expert team of Artists then created her dream brows for her using our highly specialised eyebrow tattooing techniques. 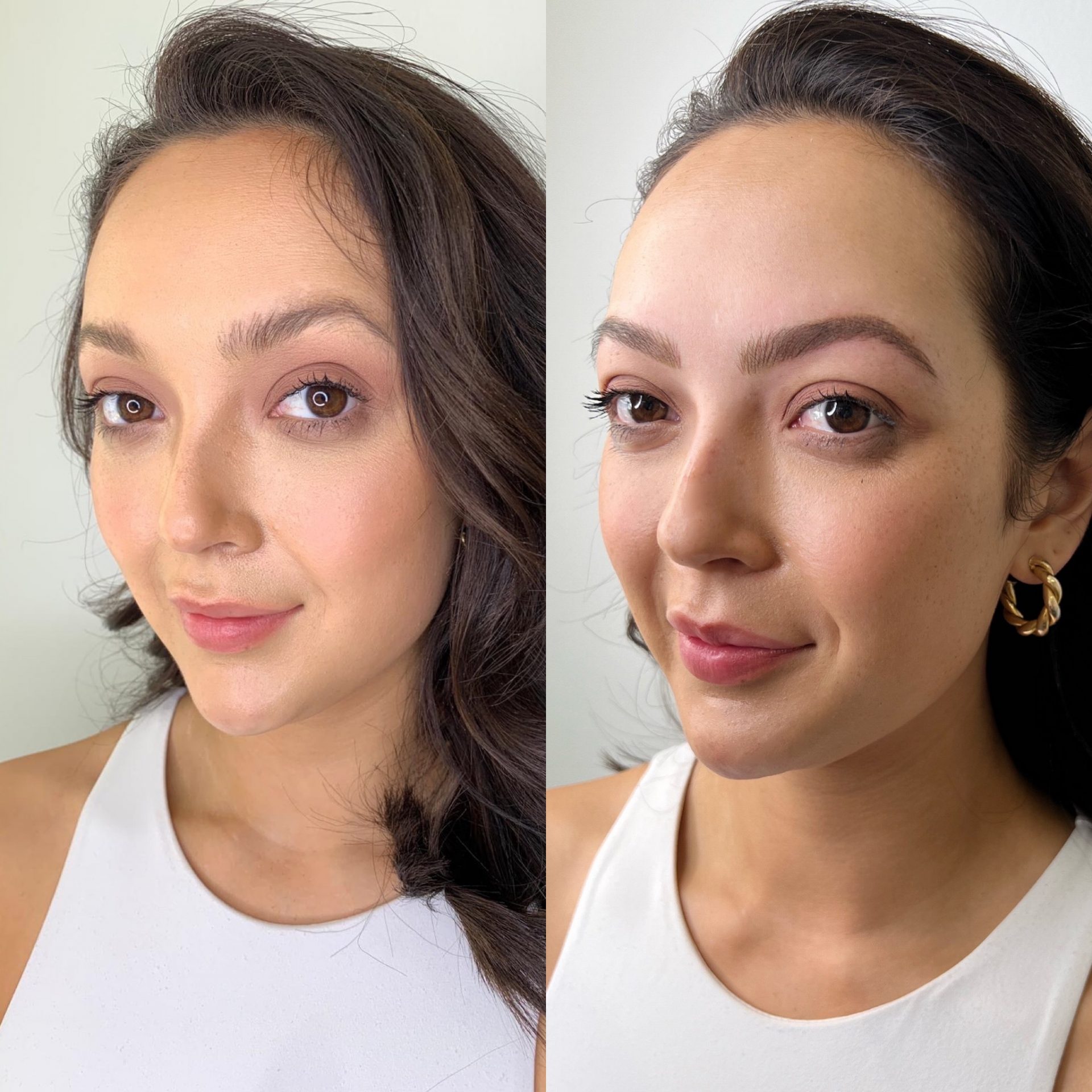 Sharon chose a Combo Brow – combining wispy Hyper-Realism hairstrokes at the front of the brow with some soft shading through the brow to the tail to add definition. This style of brow is created using a digital Permanent Makeup device.

For Digital Permanent Makeup, we use an electronically powered machine and a needle, which is more similar to a conventional tattoo (but much less aggressive and the pigment is not implanted as deeply). We can achieve a wider range of effects with Digital Permanent Makeup such as shading, ombré and also super natural hairstrokes. We also use the same digital device to carry out our lip, breast and eyeliner treatments. 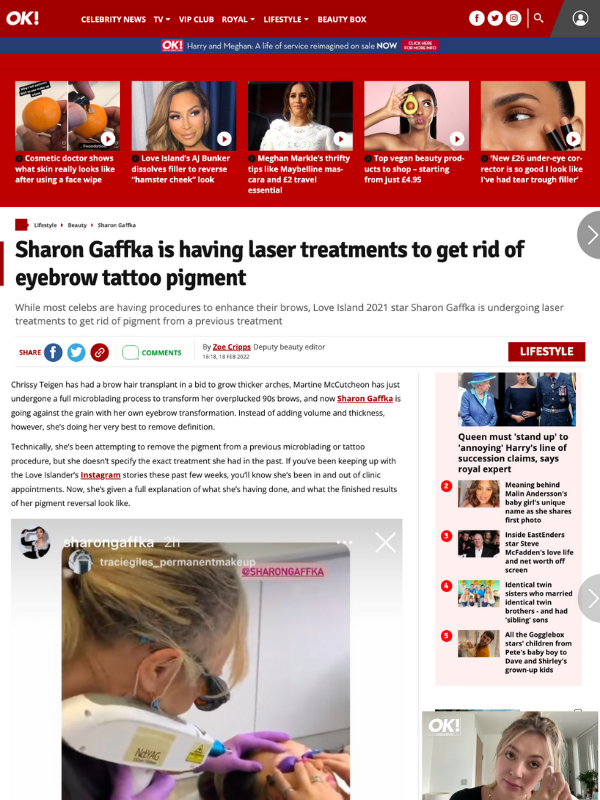 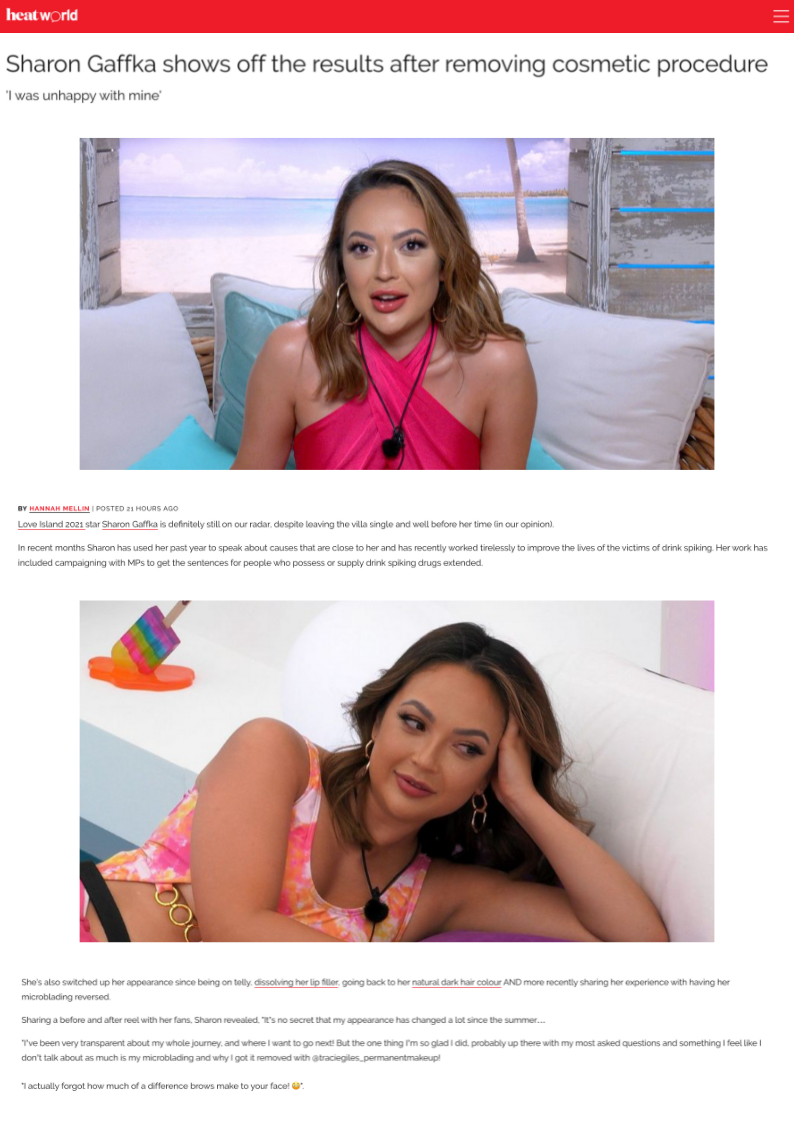