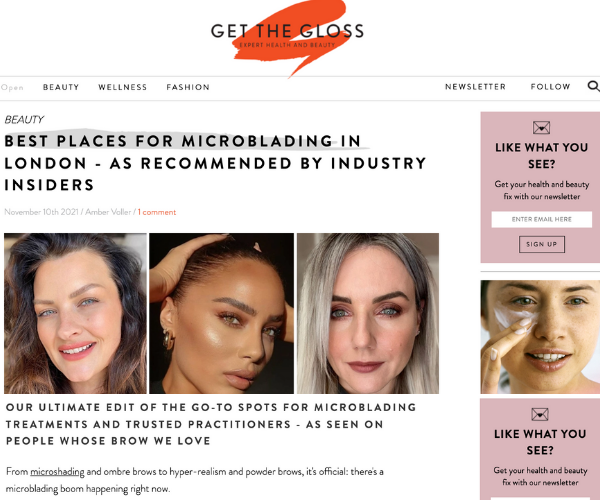 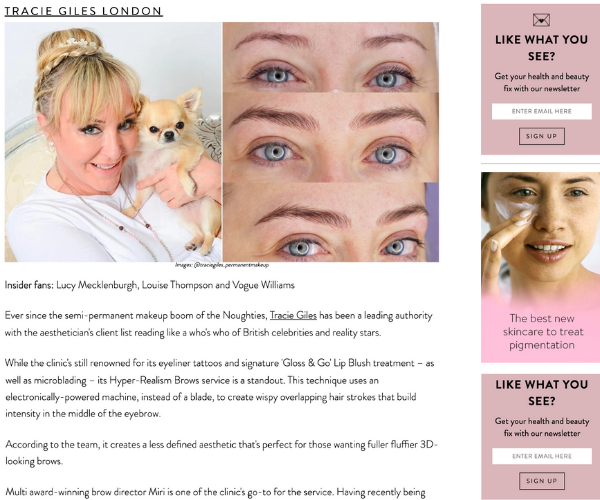 Our ultimate edit of the go-to spots for Microblading treatments and trusted practitioners – as seen on people whose brow we love.

But with so much choice (one search on bookings platform Treatwell pulls up a staggering 336 microblading venues in London alone), how can you be sure a service is reputable? This is a treatment that lasts for up to three years, after all.

Here, we uncover what to look for as well as the very best microblading salons and artists across the capital. Each is recommended by people we trust, from top hair colourists to lash technicians and makeup artists, each has the personal seal of approval from an industry expert who really knows their stuff.

Ever since the semi-permanent makeup boom of the Noughties, Tracie Giles has been a leading authority with the aesthetician’s client list reading like a who’s who of British celebrities and reality stars.

While the clinic’s still renowned for its eyeliner tattoos and signature ‘Gloss & Go’ Lip Blush treatment – as well as microblading – its Hyper-Realism Brows service is a standout. This technique uses an electronically-powered machine, instead of a blade, to create wispy overlapping hair strokes that build intensity in the middle of the eyebrow.

According to the team, it creates a less defined aesthetic that’s perfect for those wanting fuller fluffier 3D-looking brows.

Multi award-winning brow director Miri is one of the clinic’s go-to for the service. Having recently being crowned ‘Most Realistic Eyebrow Artist’ at the Permanent Makeup Brow championships, she owes her artistry and precision to her background in fine art.